SHIELDS UP! Custom Ship files for the STSTCS PC Game 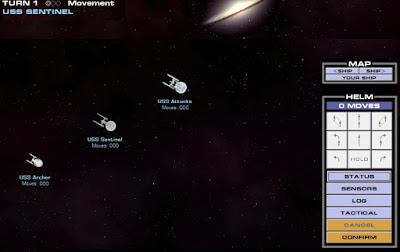 A few weeks ago, I posted a step by step installation guide for the fan created PC version of the STSTCS miniatures board game by FASA.  Since I've been creating house rules for various fanships for a while, it was only natural that I'd try to add some of them into the game itself.  There were some issues in creating and saving the fan ships but I think I've succeeded in making them.  I've combined the files necessarily along with some simple test scenarios into a single zip file along with a readme.txt file with the instructions on where to copy and paste them.  I'm not a programmer myself so an auotinstalling mod is way beyond my abilities unfortunately.  Since I can't test to see if it'll work on computers other than the one they were created on, I'd appreciate it if anyone who attempts to add them let me know if it works.  Thanks again for reading and enjoy!


SHIELDS UP! Fan Ship Files for the STSTCS PC Game
Posted by SITZKRIEG! at 5:00 PM No comments:

A while back, I posted a comic book style report of my last Heavy Gear game (which occured a while before the post too!) and mentioned that I was trying to figure out how to publish a PDF version of the complete report instead of the more disjointed single images.  In the intervening years, I've figured out how to do that thanks to my efforts with my SHIELDS UP! Star Trek house rules so I figured I'd finally post the full pdf version of my battle report.  Please note that the game took place prior to the release of the current rules so may reference mechanics no longer used in Heavy Gear in addition to my own FLASH! house rules. 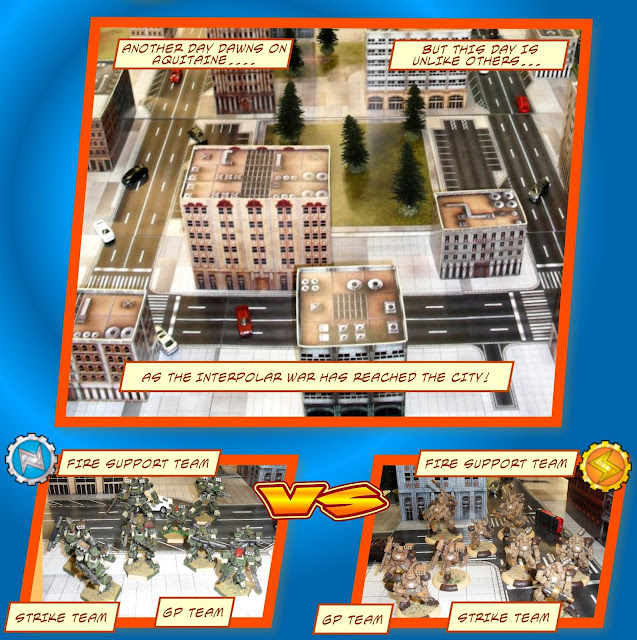 What's in a blog's name? The Phoney War blog...

I've got a few different things to talk about this week on the blog that will probably result in a few smaller and varied posts on the blog.  If they were in any way related, I would put them together in one longer post but they're realistically not.  The first thing that I'll cover is the origin and meaning of my blog's name... SITZKRIEG!  Over the years, I've been asked one or twice how I came up with the name (usually with some implied dread).  I figured I'd finally address it in a quick post given the ridiculously volatile nature of politics here in the US right now and the penchant of certain people to use labels like "fascist" and "nazi" at the drop of a hat.

I'll start with the origin of the word.  Sitzkrieg, aka the Phoney War, was an eight-month period at the start of World War II, during which there was only one limited military land operation on the Western Front following the invasion of Poland.  It's a mashup of the German words "to sit" (sitzen) and "war" (krieg) and means "Sitting War".   It was a word play on blitzkrieg created by the British press to make fun of the Nazi war machine in WW2, not to glorify it.   When I was trying to figure out a name for my blog, I figured that a "sitting war" was a good way to describe what we as wargamers and rpgers do when we enjoy our hobby; we literally sit on our butts and make war with tiny soldiers.  The first version of this blog actually was started under the mechablog name and only switched to this once it became available a year or two later.   As a Pole who grew up on first hand stories of my own family's suffering at the hands of both Nazis and later the Communists, I'd never support either hateful ideologies.  Hopefully that puts to bed any potential thoughts that I'm some sort of wehraboo.  :)
Posted by SITZKRIEG! at 8:09 PM No comments:

A while back, I came out with a blog post (link here) for the Attucks Class by M. Christopher Freeman for use with the Star Trek Adventures RPG.  Normally, I try to cover new fan ships on my blog for both that current system as well as the classic FASA games but the latter gave me a bit of a problem.  The older FASA game didn't support "fighter" style combat which is the focus of this type of "aircraft carrier in space" style ship.  I decided instead to just cover that specialization in the backstory for the class and have instead stat'ed it up as a frigate in the classic game.  For FASA RPG purposes, the ship still has a large amount of fighter shuttlepods that GMs and players can use but they won't come into play in the tabletop miniatures game.  As always, I've included the full size images below of both the ship sheet and the counters (right click and open them in a new window for the full size) as well as a PDF link.  Thanks and enjoy! 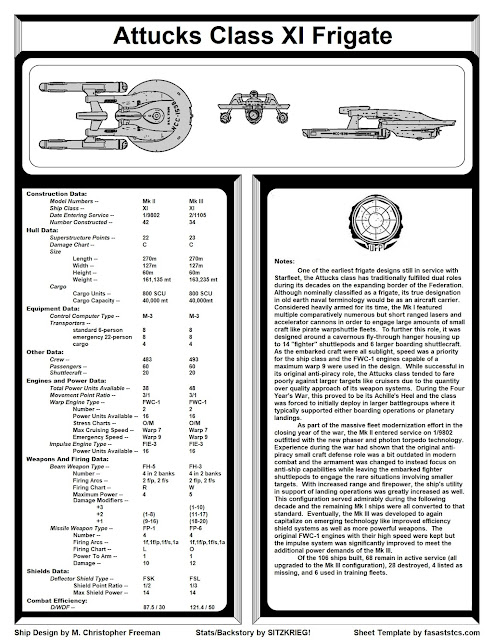 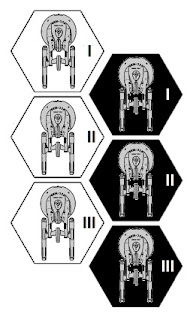