To follow up on my earlier Star Trek original series designs, here is a more modern take from the movie era.   Again, thanks to Bill Krause for letting me use his images and stat up his design that started as a physical model which was entered and won the Wonderfest 2015 starship modelling competition.

At first, I had the ship as a class X fast attack cruiser with a heavy torpedo loadout (4x FP-5) as well as lots of long range light phaser banks (10x FH-3) which gave it a sizeable punch but kept it at the lighter class X range unlike other big gun ships (specifically the Enterprise and Chandley classes).  After talking with Bill, he specifically said that it had more firepower than the Enterprise so I buffed it up to class XI with an upgrade to heavy phaser banks as well.  The Ranger Mk II isn't meant to be a replacement for the Mk I but rather a "sidegrade" instead with slightly more firepower but less durability.  While working on this ship, I realized that the excel spreadsheet I use had a previously unknown error for the FH-10 phaser WDF stat that I also used on my previous Sentinel refit.  I corrected the stats and cleaned up the sheet a little for the previous update as well.  As always, I hope you guys and gals enjoy this and let me know if there are any mistakes other than minor tonnage discrepancies that I might have missed.  To get the full sized picture suitable for printing, right click and open the image in a new window. 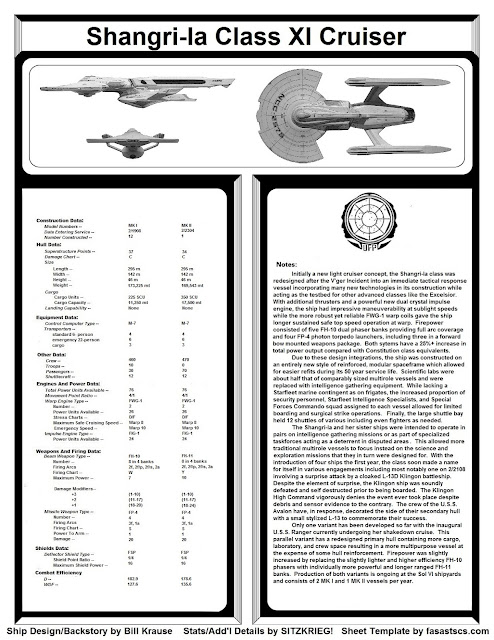