I've been following a Russian miniatures company called Artel W for the past year but never quite managed to pull the trigger on placing an order despite my interest.  They do a variety of grimdark 32mm scale miniatures with realistic proportions that would be great for Warhammer 40k characters. 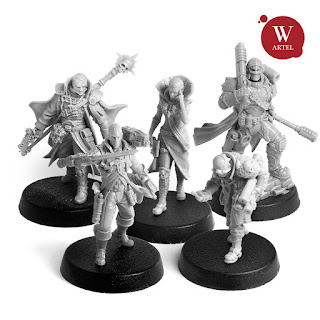 Back in January, they announced that they had received a cease and desist type of letter from Games Workshop and would soon be discontinuing some of their figures including some of the ones I was most interested in.  They were running a variety of very generous contests for the sets they were discontinuing and I was lucky enough to win one!  At that point (with free shipping even), I had no excuse not to place an order and added some more minis to the order.  It appears I wasn't the only one as they announced they were swamped with orders.  It took several months for them to work through the backlog but I finally got my miniatures this month. 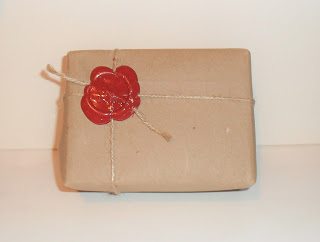 It's definitely the nicest package I've ever received once I opened up the commercial mailer and online package tracking worked continuously from Russia to my doorstep.  This wasn't just for the contest winners as I've seen folks post the same with regular orders as well.  The figs were well padded and organized with no missing parts.  I have to say that I'm very impressed with the level of intricate detail that they put on their sculpts.  Seeing the pictures online is one thing but having those tiny pieces of resin in your hands and seeing no bubbles, miscasts, and only minimal flash is quite impressive. 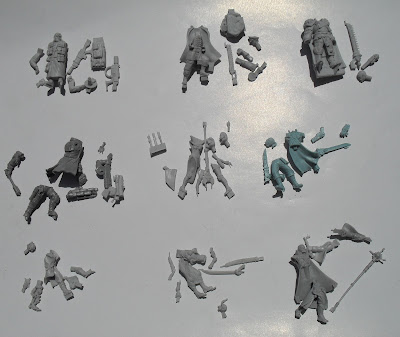 Here are a few comparison pictures with official 40k figures as well as a few more zoomed in pics of individual figures.  I have to say again that the detail is quite impressive and daunting at the same time.  The realistic scale even at 32mm means that some of the slimmer figures (especially female models) have connection points that are less than 1mm in diamater and height/depth. 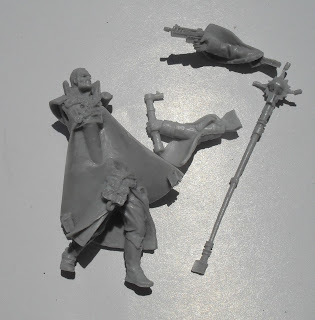 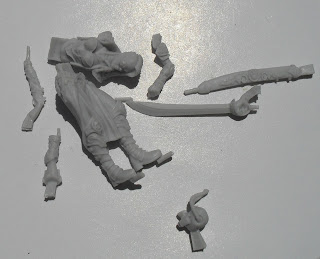 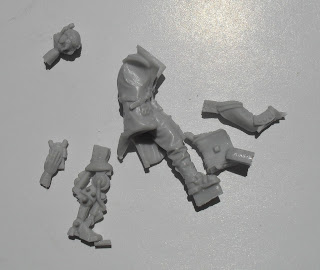 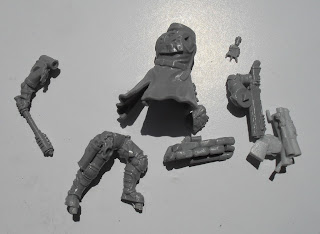 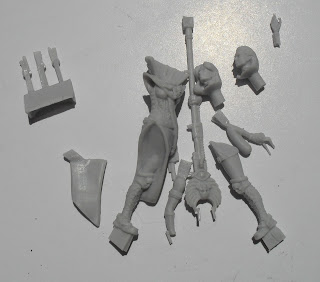 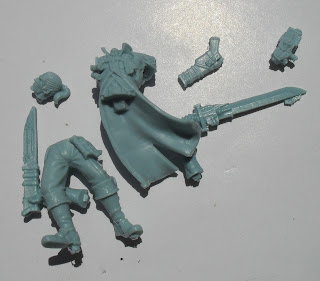 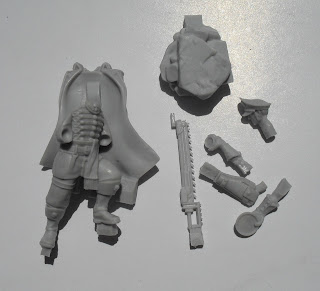 Although I haven't assembled any yet (let alone tested the durability), my experience with other such figures in resin and metal lead me to believe that they're not particulary durable and will likely have broken parts simply from falling over onto their side with a wayward hand move across the table let alone a fall from a height of a few feet.  Below are a few size comparisons with GW figures as well. 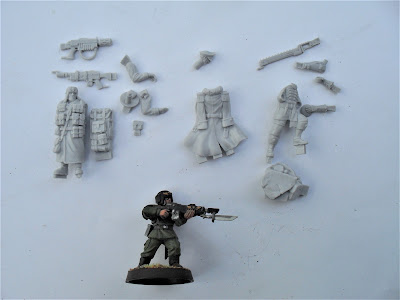 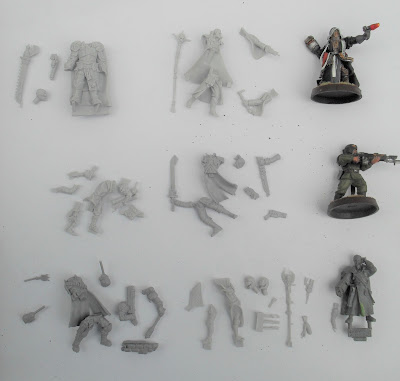 Overall I'm definitely satisfied with my purchase (let alone the prize I got in addition to my order) and wouldn't hesitate to order again.  I actually regret not getting a couple more figs that are now discontinued but luckily there are others still on my want list like the female techpriest.  They've reported that the long wait times should be over this month (April) so future order should only take a few weeks with international shipping.

P.S. I apologize for the quality of the pics and lack of light balance but I've tried unsuccessfully indoors and outdoors to get nice pics close up with neither the lighting indoors or the overcast skies outdoors cooperating with my efforts!
Posted by SITZKRIEG! at 9:52 PM No comments:

Granting a Quick Death to Enemies of the Klingon Empire!

It's been a while since I did a non-Federation ship for my SHIELDS UP! house rules and for good reason.  Simply put... most fans choose to create Starfleet fanships and it's alot harder to find Klingon and/or Romulan designs let alone ones whose images I can convert to a FASA art style!  Luckily for me, the Star Trek Online game came out with a TOS era expansion a year or two back which got me to take a closer look at their ships.  While not technically a part of the expansion, the Kamarag cruiser in the base game definitely had a TOS/TMP feel to me and the overall ship style looked like it could easily be converted to a FASA ship sheet design. 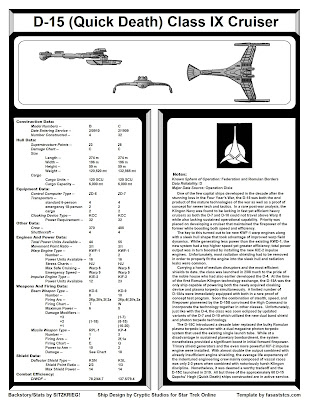 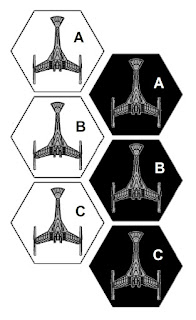 I decided to make it an elite heavy/medium cruiser (depending on the era) with an emphasis on speed and stealth.  I try to incorporate less frequently used gear on my ships so the KWF-1 engine (only used in one ship in the official Recognition Manual) seemed like a good choice along with a 2/3 ratio shield generator for the earlier versions.   Debuting not long before the first Romulan/Klingon technology transfer, the D-15 Quick Death cruiser class incorporated and pioneered the use of torpedoes and cloaking technology in the Klingon Empire.  The B variant is identical to the A except that it adds 2 superstructure and the RPL-1 plasma torpedo and KCC cloaking device. While quickly overshadowed by later D-7 and D-10 upgrades, it got a significant upgrade a decade later which put it midway between the aforementioned ships in terms of total firepower.  With the subsequent C variant, I decided to break with the mould of a single forward photon torpedo launcher and use a dual magazine but single launch tube torpedo on the command pod for some more focused firepower along with higher numbers of medium (instead of heavy) disruptors as well.

For a full size version of the jpeg version of the sheet, just right click and open it in a new window.  The pdf is available for free download at the link above as well.  Special thanks to Crypic Studios for coming up with some cool Trek ships designs for STO and to fasaststcs.com for the sheet template I use.  As always, feel free to comment below and let me know if you find any typos or errors that I missed and I hope you enjoy it!
Posted by SITZKRIEG! at 7:44 PM No comments: