Hobby work is slow going but steady and I've gotten a few basecoats done on the Ferrus Manus model as well as his cloak.  He isn't close to being ready for a pic but he is coming along.  On another site,  I was asked why I'm doing such a large scale for the models so I decided to post a scale comparison shot to show the difference between the models.  Space marines in the lore are 8ft tall in their power armor approximately but that scale isn't demonstrated when you compare them to a "normal" human as portrayed by a guardsman. 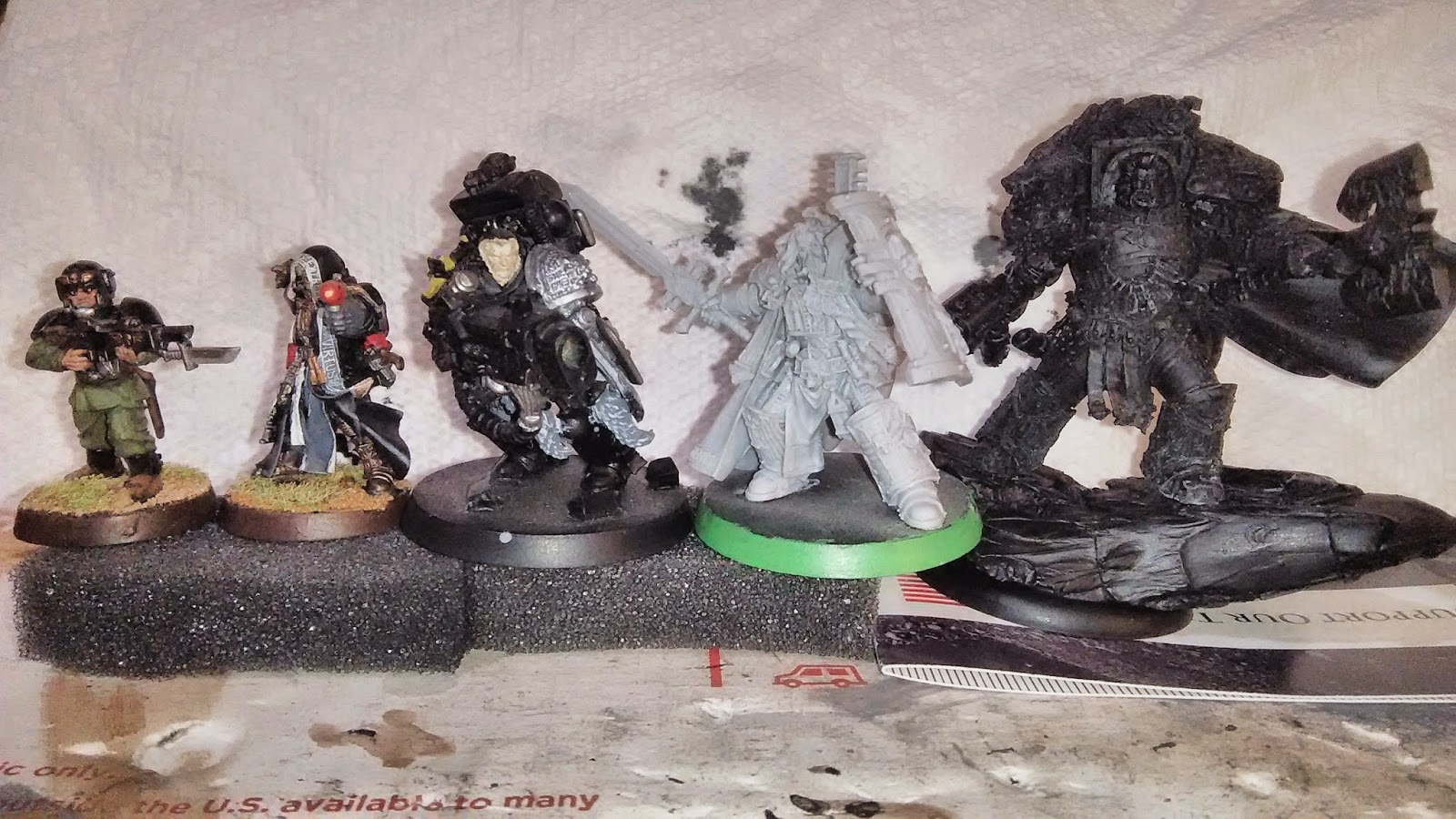 I think those types of conversions fit the fluff a bit better than the official models provided by GW.  My Ferrus Manus model though is a bit of an aberration in that he is technically in power armor of sorts but a tiny bit larger than even the model on the right.  Here is my first old Blood Angel codex cover that I personally consider to be the definitive size comparison of Terminator armor (the largest model in my first scale shot): 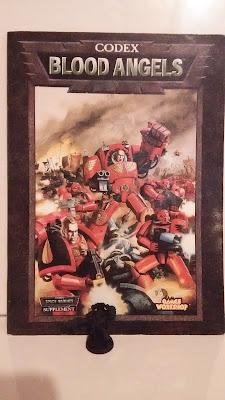 I hope that helps answer some of the questions (if any) regarding why I'm supersizing a few marines.  As a final comparison shot, here below is a Warhammer Fantasy Ogre that I converted a while back to a Shadowrun RPG character I was running.  With the use of the primarch, the marine in terminator armor ends up beyond just shy of eye to eye with an ogre whereas the human in terminator armor, while still bigger than an unarmored one, is still towered over by both. 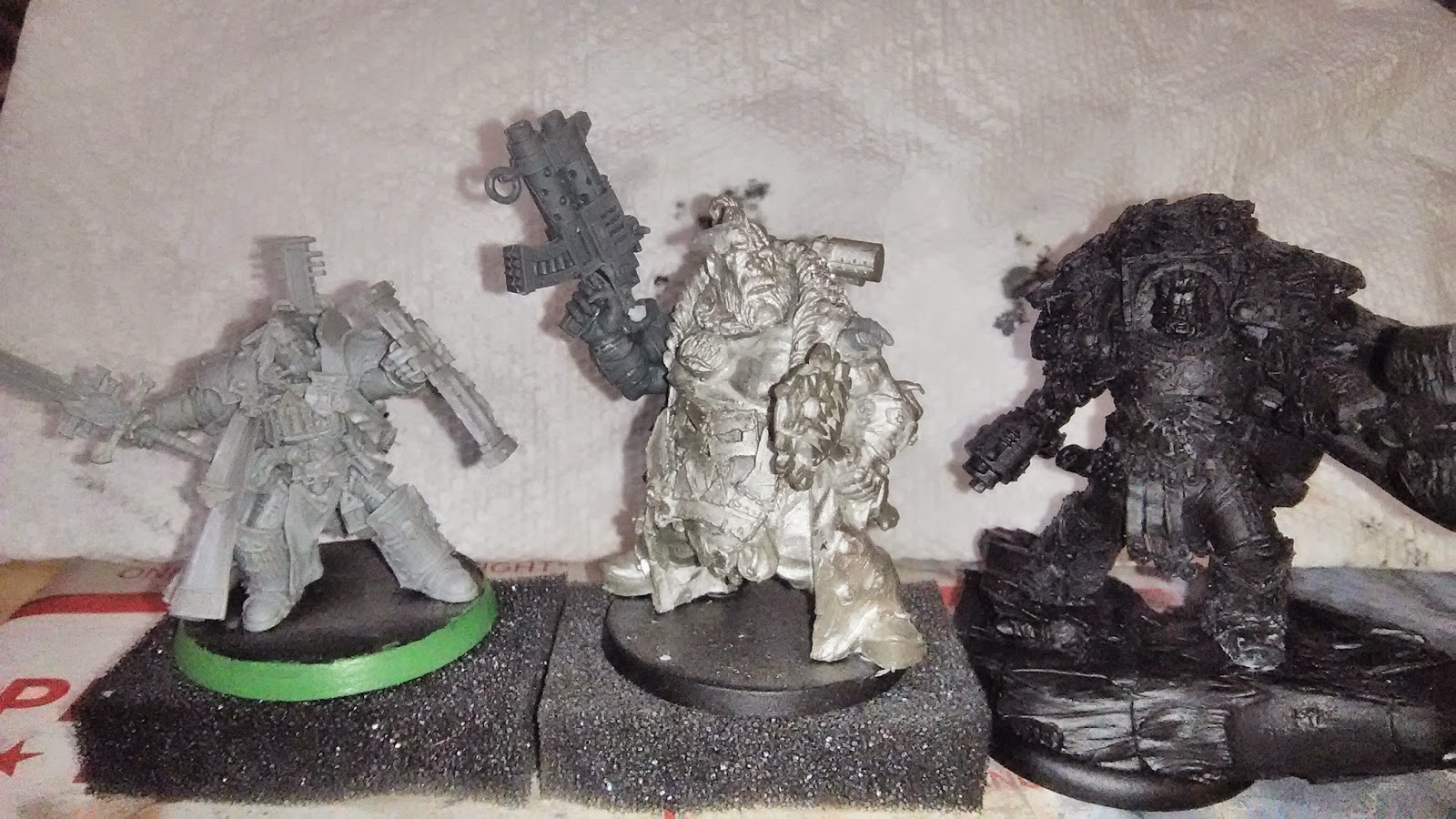 Posted by SITZKRIEG! at 8:31 PM No comments: