Sorry about the paucity of updates over the past couple of months but I promised that I wouldn't post until I actually had a hobby based update instead of just more walls of text complaining about various things.  It took a while but the Northern Field Guide for Heavy Gear *finally* came out and I did a bit of converting to get my army back up to speed.  I made a Cheetah SECCOM with an extra sturdy box/shield to use as my army commander and converted two existing Jaguars (one stock and the other a Fire variant) to Flash Jaguars to go along with the "high tech" feel of my revised strike squad as the previous loadouts were no longer valid. 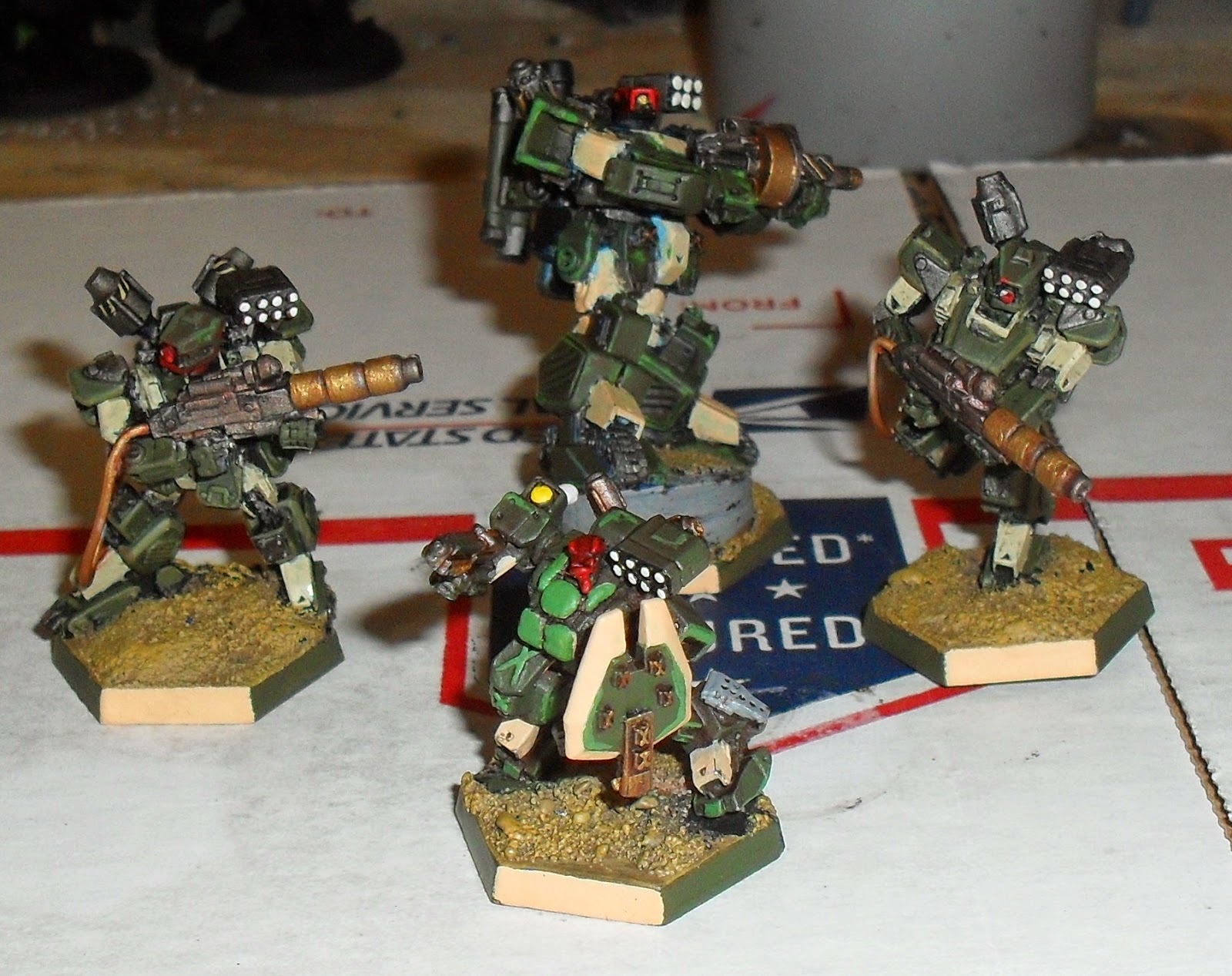 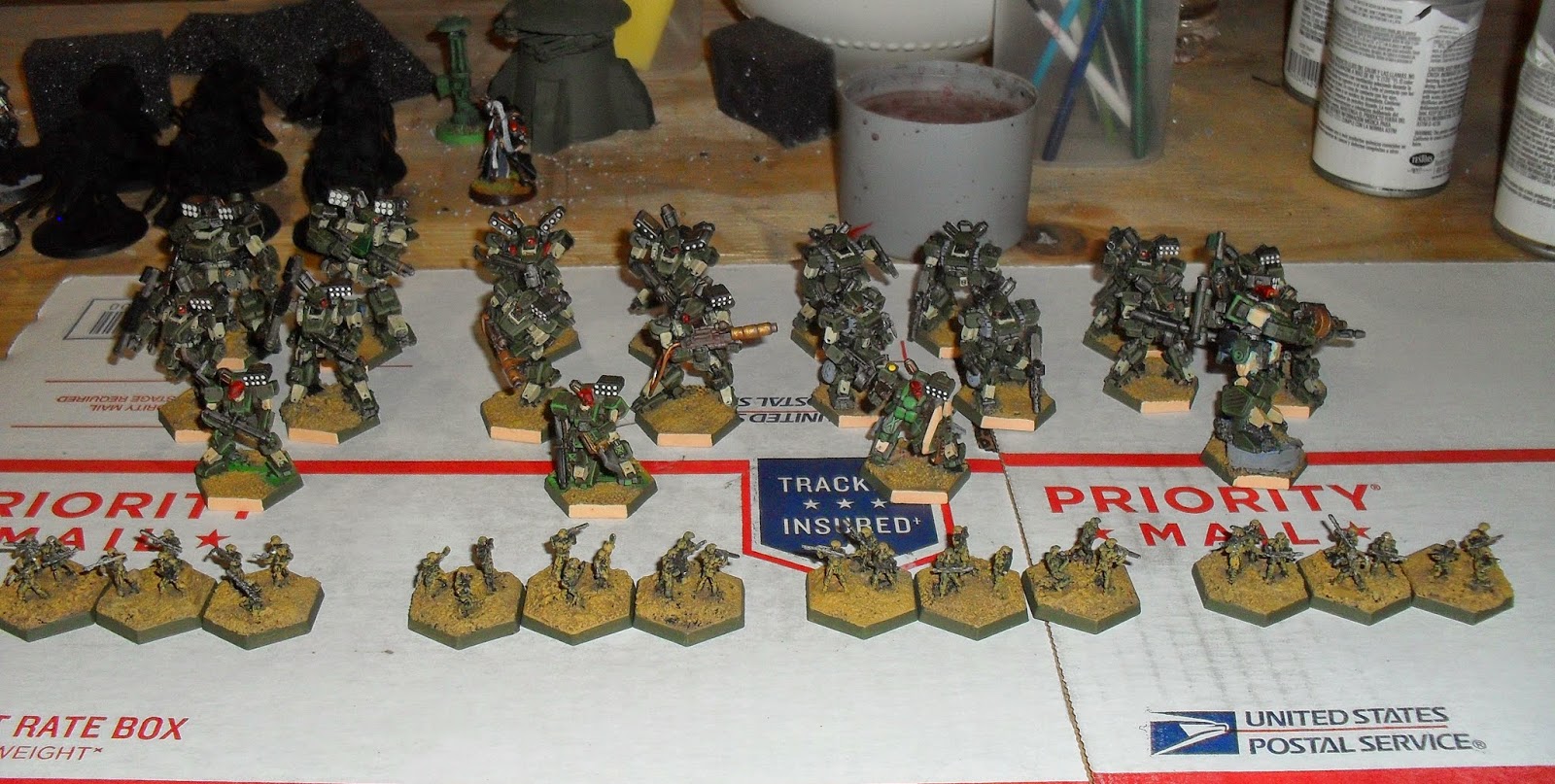 
I've currently got five combat groups completely based and painted for my Northern force as pictured above with another dozen or so gears in various states still waiting for their assignment.  I picked up a pair of Kodiaks last year along with the blisters to make the most recon'iest recon squad ever (2x Weasel Mk2 and 2x White Cats) along with some extra Jaguars and the remnants previously painted that no longer fit (a trio of hunters and two ferrets) into squads.  Frankly, I don't think I'll work on them any time soon as I think for my current player state (one opponent 50 miles away), I've got enough figs on hand for some playstyle variety.

Next up for mecha hobby modeling will likely be my remaining Nucoal Chasseur Mk2 squad.  I've only got 4 combat groups in my Nucoal army and I want to showcase the variety of speedy model types they get so I need to finish my only gear squad in that force to accompany the GREL hoverbikers and the hovertanks.

Just as a general question, what do you guys think about the Lion's Wrath PDF?  Did it negatively affect your armies in that you couldn't use certain figures at all?  That was a big issue with the Southern FIF release and one that I specifically joined the playtesting group to help avoid this time around.  Squad makeups and variants may be shifted around by the primary author (Smilodon on the DP9 forum) tried very hard to make sure as few variants as possible became unusable.

As always, thanks for ready and feel free to comment below!
Posted by SITZKRIEG! at 7:59 PM No comments: