After posting my latest Winged Hussar pics online, I got an unprecedented amount of feedback on the model and unfortunately alot of it was negative specifically regarding the eyes.  From replies entirely consisting of the first part of the title of this post to multiple animated gifs of googley eyes and melting faces, the response took me back a bit as I actually made a concerted effort to paint them with this final model.  In the past, I basically just applied a flesh was to the eye sockets and just left it as is. 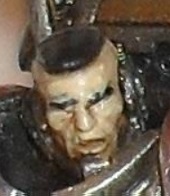 I did something similar initially with this model but later decided to add in some pupils.  The results were not pretty so I decided that for the first time in over 15 years that I'd try to paint the eyes completely. 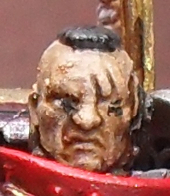 It's been a while since I last tried and I had to admit that those intervening decades have taken their toll.  Whereas things like first receding then greying hair and increasing weight with decreasing muscle mass are impossible signs of aging for me to ignore, it hadn't really affected my hobby directly (or at least I hadn't admitted it yet).  Unfortunately, I've noticed that over the past year or two that my vision has been steadily worsening (I don't need glasses just yet but likely will eventually) and I was having trouble making out smaller details on the models.  I'd think that my paint job was good and then cringe at mistakes evident in the mega-zoomed in pics that I'd post here.  Since I was putting in the extra effort, I decided to get myself some granny magnifying reading glasses to better see the details as well as finally improve the lighting in the basement where I typically paint as well as buying the smallest technical pens in both white and black that I could find to help with the painting.  While far from perfect (too much whites and the asymmetric left iris), I was happy with the results at least at arms length.  The general response though was vastly different though. 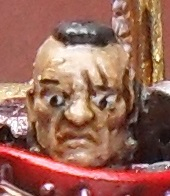 The above was probalby the best result that I got after repainting the area a half dozen times.  After getting feedback on the above, I've done another couple of attempts to fix it with only slightly better results but I'm worried about obliterating the detail on the face if I try again.  I toyed with the idea of ripping the head off, stripping it, and restarting from scratch but the results really aren't noticeable at arms length (or even 12" away with my granny glasses) and I think I'll just take the advice given on how to improve it and use it on the next model (likely the upcoming Sister of Battle recently previewed by GW).   Regardless, since I was working on it again, I decided to fix the eagle decal that slid up a bit on the shin as well as a few other paint splotches that I missed previously. 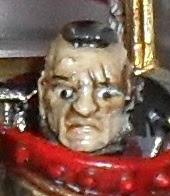 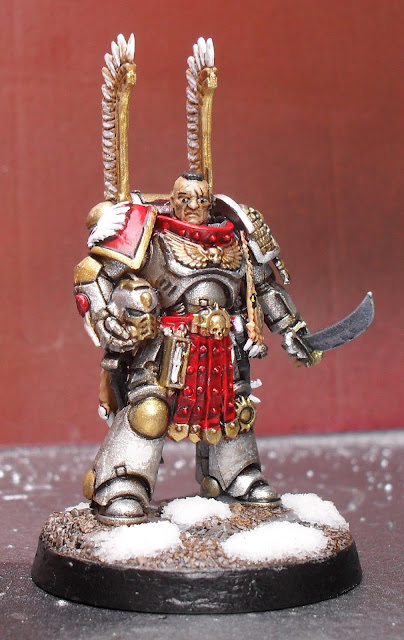 For better or worse, that's probably the best that I'll be able to accomplish going forward with the hobby.  Looking at the pic, I swear that the dark recess wash goes all the way around the shoulder pad in person but I'll have to double check (and correct that if need be) when I get home tonight.
Posted by SITZKRIEG! at 12:23 PM 1 comment:

Well, I've completely finished my first Winged Hussar Primaris marine!  I've been working on various marines over the past year as part of that extended project but I never decided on a basing scheme so they were never technically 100% finished on their naked black bases.  The Lieutenant Amulius model comes with a texted base as part of the model so I couldn't procrastinate my way past this model like I did with the others.

I tried to consciously do a better job with this model as I don't currently have plans to make any further Winged Hussars at the moment since I'm running short of bits as well as sculpts that inspire me (although I reserve the right to add more in the future!).  I was frankly embarrased at some of my efforts in the past year (especially the faces) so I tried to better catch mistakes before it was too late.  I'll expand on that in the next post as I don't want to add a mini rant on aging in the hobby with this post.  With this model, I took close up pictures after my initial painting and first wash steps to improve on tiny spill over painting mistakes.  Just looking at the animated gif above, I missed a few of them (one that I can correct at least on the backpack) but I think the model shows some moderate improvement compared with my previous efforts.  I resized the image above for animation but here are the full static views below. 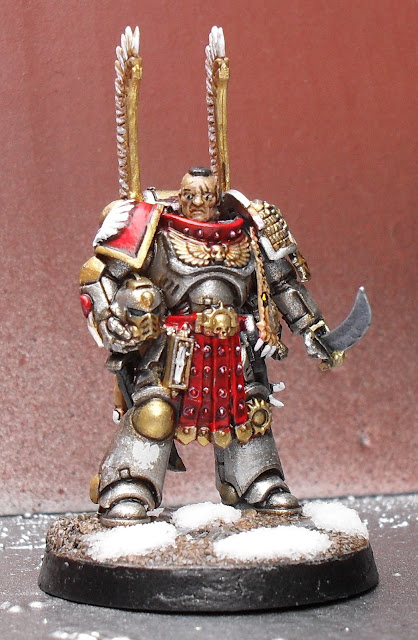 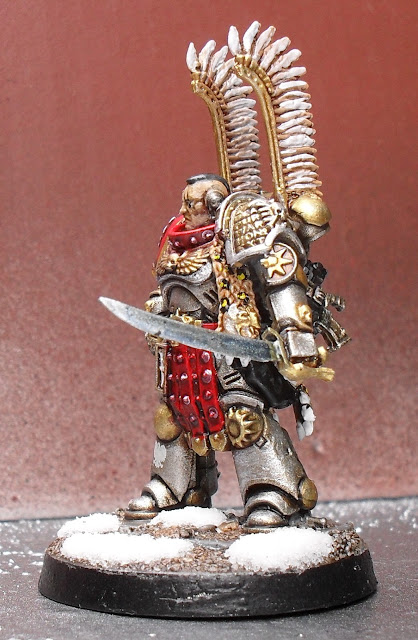 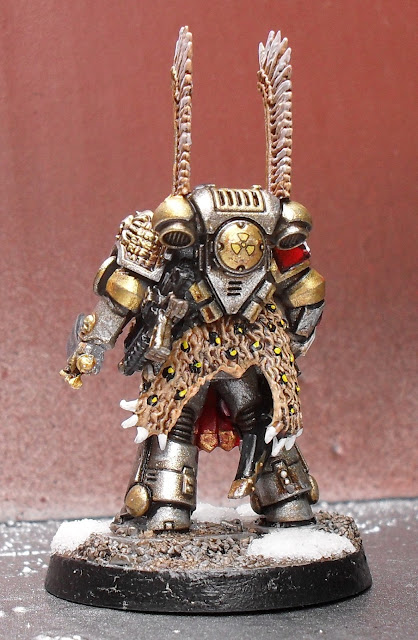 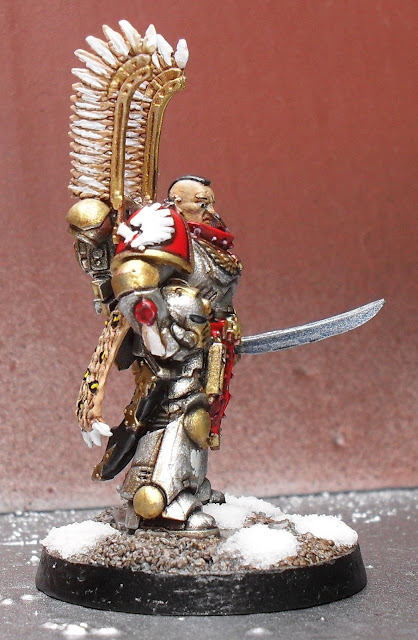 There are things that looking at the images after the fact could have been improved upon though.  I'm not entirely happy with the Polish eagle decal placement on the leg but it was a last minute and fiddly change as it initially was placed on the knee instead.  Unfortunately due to the curvature, I couldn't get it to sit right even with a strategic cut and some decal softener so had to remove (and ruin) that decal with a second one placed below.  It looks like it rode up a bit (or perhaps I just didn't see the placement correctly with my vision... more on that in my next blog post) higher than I would have liked but whats done is done.  There are a few other paint missteps that are visible zoomed in (one or two of which I can correct but not all) as well.  As always, feel free to comment/criticize below.
Posted by SITZKRIEG! at 12:00 PM 6 comments: