Here is one fan's completely unofficial take on melding the various official canon (both original and earlier retconned) for the Reliant with that of FASA... and a bit of fanfilm and modelling inspiration added to boot!   The history of this class is even more muddy according to the Trekyards episode on it but I've limited myself to the above sources.  I tried making the fan film Miranda class the "missing link" between FASA and current canon in stats to go along with the looks.  Thanks again to Bill Krause for allowing me to use his images for my sheets.  He originally came up with the 3-view image of the Miranda class for fellow model maker Dave Lewis. 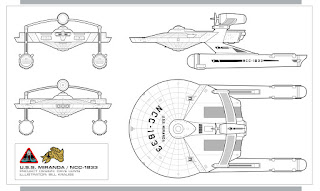 I decided to make the ship somewhere between the Anton and the Enterprise in its respective variants in terms of overall power incorporating systems from both.  Without further chitchat, here is my take on the Miranda Class frigate for the old FASA game. 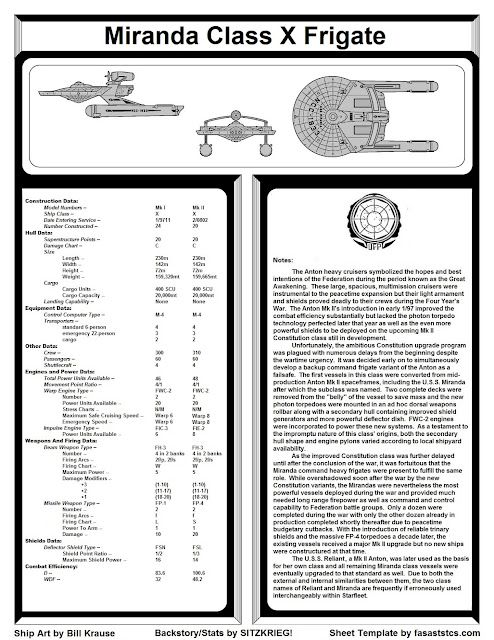 As always, questions/comments/corrections are welcome.

Editor's Note:  The intial version of this that I posted was classified as a cruiser but I have reclassified it as a frigate.  Upon further research, one of the original classifications for the Reliant was as an "Avenger Class Heavy Frigate".  I've decided to partially reflect that in the FASA stat sheet as well.
Posted by SITZKRIEG! at 5:00 PM 2 comments:

Yes, I opened up a blog post with a classic Simpsons reference as it seemed appropriate.  Recently, I sold some Heavy Gear Rafm minis to Ashley over at the Paint it Pink blog and she was kind enough to include a Fire Jaguar head in with the lot so that I'd have matching hats/heads for my Jaguar squad.  When I was assembling my RAFM gears last year, I found out that I had a mispack or missing parts rate of one in three sealed blisters.  As a result of that terrible QA back in the 1990's, my Jaguars all had mismatched heads unfortunately (along with a mispacked Hunter backpack as well).  I did the best that I could in trying to get a cohesive look for the small squad of three gears and ended up press moulding a Fire Jaguar head to match the two that I had.

It's far from the prettiest looking Jaguar head with the extra VR-style visor over the typical optics but I thought it conveyed the advanced targeting on the Jaguar somewhat compared with the typical heads on my Grizzlies and Cheetahs.  I had been on the lookout for a third matching head and Ashley came to the rescue recently! 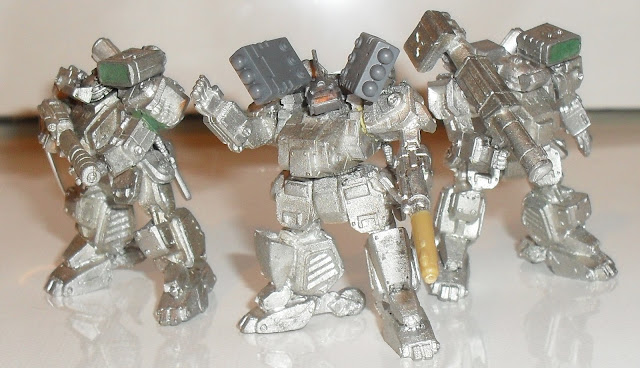 I added a bit of paperclip to represent an antenna as the model is a "thunder" command variant with the satellite uplink modelled around back on the V-engine.  I don't know when or even if I'll paint these up but Ashley's blog is scratching the RAFM painting itch with frequent updates.  With this squad now officially done and her doing updates as well, I'm a bit motivated to try and do the final Hunter squad for this force.  Initially, I stopped as I noticed a few more Hunter mispacks on top of the issues I was having with the Jaguars but I'll have to re-evaluate the situation with them this upcoming weekend.
Posted by SITZKRIEG! at 5:30 PM 7 comments: