Hello to everyone and I hope all are doing as well as possible during this pandemic.  It's been a while since I last updated the blog and initially I hoped that the extra time would lead to increased hobby progress.  Unfortunately, that hasn't panned out and the only project I've accomplished is growing my first beard.  :)

I haven't been totally comatose though so I decided to post a kitchen sink update instead of boring folks with multiple smaller ones.  My most recent project, my digital Winged Hussar (link here) was unfortunately C&D'ed by GW as apparently they claim ownership of all future grimdark space Poles.  Shortly after uploading, it disappeared from my account and it took me over a month to get a response from Thingiverse letting me know that GW had claimed my model and forced its removal.  Strangely, many of the component parts are still there as are thousands of other 40k models so I have no idea why they targeted it (along with a couple dozen others for DMCA takedown) as they included no justification.  I have to say that it put a damper on me continuing that project.  I had initially wanted to convert one of the new official Master Lazarus models to a Winged Hussar but the idea of giving them $40 plus shipping/tax is much less likely now.  I completed another conversion parts set that will likely never be uploaded and Lt. Googely Eyes will have to do for now if I ever need an RPG figure. 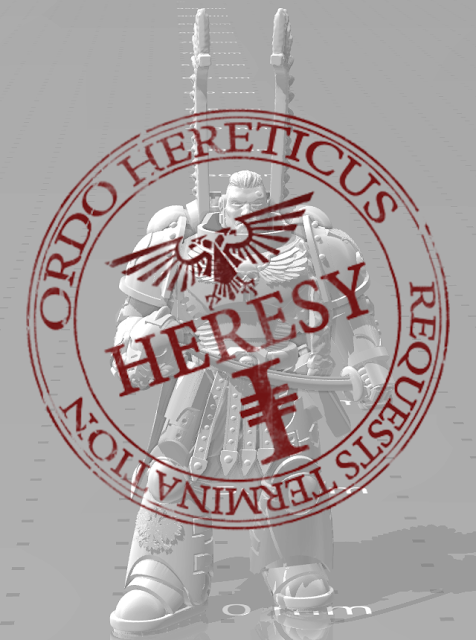 CBS All Access offered everyone a free month so I was able to catch up on two seasons of nuTrek.   I'd previously written up a very lengthy review of Season One of Discovery (linked here) so I wasn't particularly optimistic given that the same folks were still involved in running the show(s) and that reviews written since weren't particularly flattering.  I will neither be verbose nor include any spoilers so no worries if you haven't watched either of the recent seasons.

Picard was, as expected, a major disappointment.  Admittedly, like with the movie JJverse, they did set the expectations early on with the star stating that it would NOT be like TNG and that it would, more recently, focus on real world hot button issues like President Trump's election and the Brexit vote.  Sadly, those descriptions of the direction of the show were spot on and it was a complete mess except for one (possibly overly nostalgic) episode.  If you're a long time fan who pines for an optimistic view of the future that Star Trek used to be known for, look elsewhere.  Heck, the TNG Mirror Universe comics are probably a more optimistic and hopeful depiction of Star Trek than this show.   As for Discovery Season 2, it was a definite improvement and approaches "OK" with some actual exploration and an ensemble cast doing trekky things before it devolves yet again into a CGI schlockfest of action you can't make out while Michael Burnham saves the universe.  While I don't have any hope for Season 3 of Discovery, the Pike/Spock/Number One dynamic was a definite improvement (albeit still flawed) and the recent announcement of another spinoff show focused on them might prove the adage correct about the third time being the charm. 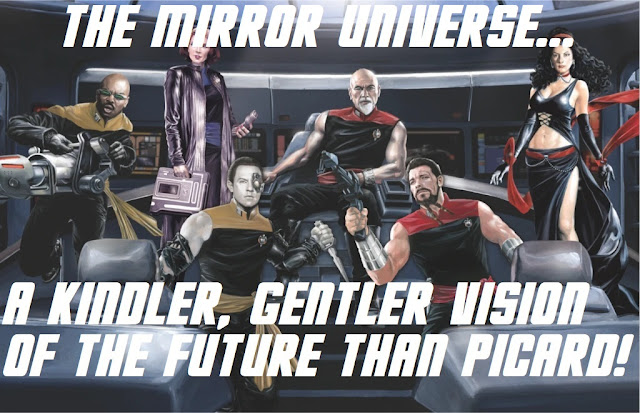 On the home 3d modelling and printing front, I've mainly focused on random RPG characters for the Starfinder campaign that I'm playing in.  I've done up multiple versions of the Krogan that I'm playing as well as a flying space monkey in armor (based on Overwatch's Winston), a small round alien mechanic/gunner (based a Mass Effect Volus with 40k bits), and a skittercommando (a Starfinder iconic race).  I haven't actually painted up any models yet as my campaign has gone virtual (and intermittent) but I do hope to at least finish a Krogan this month. 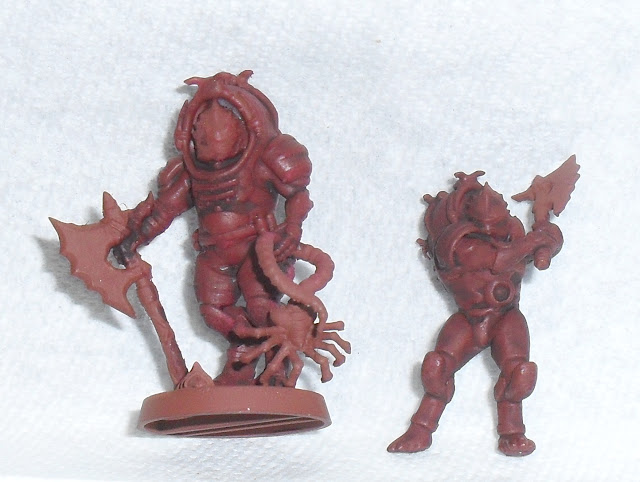 And, finally, I did finish cutting up and printing out the various parts for my 3d Heavy Gear models with some mixed results.  I resized and reproportioned both the Hunter and the Grizzly but I can't help but disagree with my initial assessment that something closer to the official models would be an improvement.  Judging them on their individual merits, I think the "chunkier" versions are better.  Overall, I also think that the Hunter XMG is better suited to home 3d printing than the Grizzly and will likely at some point paint that one up to match my army colors.

Well, that's my bimonthly update for now!  Thanks for reading and I hope to have some more progress to post at the end of the month.