Star Trek: What if? The Century Class for STA

What if the Federation never encountered the Borg and the Dominion?  What would the next heavy cruiser in Starfleet look like?  A while back, I discovered DJ Curtis' Century Class design in a mod for the Star Trek Bridge Commnader video game (link here).  I liked the sleek design of the ship and was happy to see that unusualsuspex on deviant did his own artwork for the ship as well. 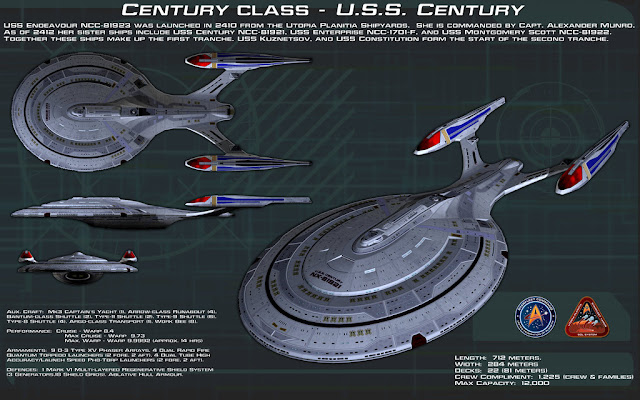 Unusualsuspex was kind enough to allow me to use his gallery for some of my sheets so I was excited to do a variant of the Century for Star Trek Adventures.  In DJ Curtis' fan created backstory, the Century class was the followup to the Sovereign and the bearer of the coveted title of 1701-F roughly 30 years or so after Star Trek Nemesis.  Star Trek Adventures doesn't internally cover that time period and that fan created backstory has largely been replaced by licensed Star Trek Online in the decade since so I decided instead to reimagine the Century as an alternative to the Sovereign class.

To borrow from the title of a classic Marvel Comics series, what if Starfleet had never encountered the Borg or the Dominion and instead pursued the same focus on peaceful exploration that had lead to the creation of the Galaxy class?  Without the urgent need for increased tactical capabilities, I instead focused the ship onto the role of an advanced heavy exploration cruiser with a focus on science, medicine, and exploration.  The command speciality as the flagship of the Federation would be gone as would be the tactical upgrades of the Sovereign.  Instead, the ship would have slightly less overall power and lower top speed than the Sovereign but able to travel with increased efficiency (allowing it to cruise at max warp for many hours despite its size similar to the smaller Intrepid).  The quantum torpedoes would instead be replaced with improved shielding (the only tactical upgrade) as well as advanced sensors and automated laboratories.

As always, let me know if there are any mistakes in the writeup and feel free to comment below. 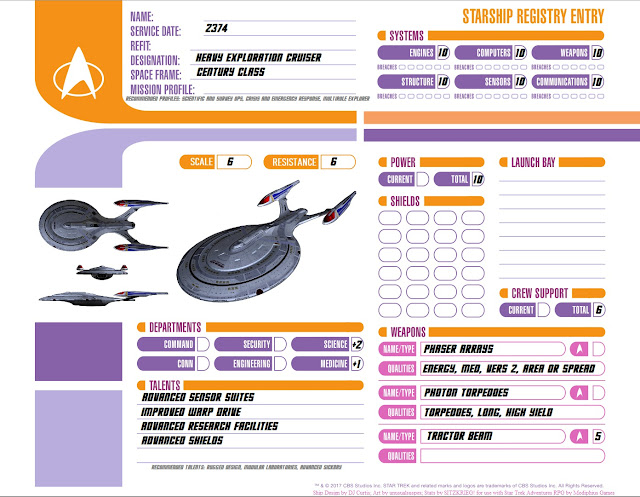