Derf Tender to the Rescue! 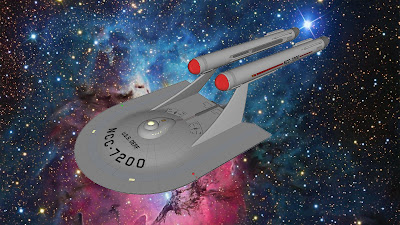 One of the easiest overlooked and least glamorous classes in the old FASA Star Trek game was the Derf Tender.  Much like Chief O'Brien, these ships were the no frills, hard working unsung heroes of Starfleet.  Funtioning as a mobile repair station, the ship capable of doing extensive repairs on deep space buoys as well as other ships and even small stations on site without the necessity of having them towed to a larger starbase.

Obviously this ship already has FASA stats but I wanted to also update it for the new Star Trek Adventures game.  As with the Pioneer class, I thought that the upcoming release of the Ops book would be a good time to introduce this TOS era engineering focused starship.  For the first time, I decided to use official talents not in the core book but instead from the Command Division supplement as they seemed very appropriate to the role that I wanted the ship to fill.  With a high powered tractor beam (backed up by a secondary grappler cable), I imagined this starship being capable of towing at low warp much larger objects up to and including the K series stations.  With a large dedicated engineering staff, it would have the capability to also repair multiple other ships simultaneously as part of a larger fleet.

As always, let me know if there are any issues and thanks for looking here at my custom fan ship sheets.  Normally, I make a single version of the stat sheet but I've decided for this class to instead make two.  CaptShade's art, whose art (link here) I've used for some of my other FASA conversions, graces the classic FASA style sheet below so thanks to him for allowing me to use it. 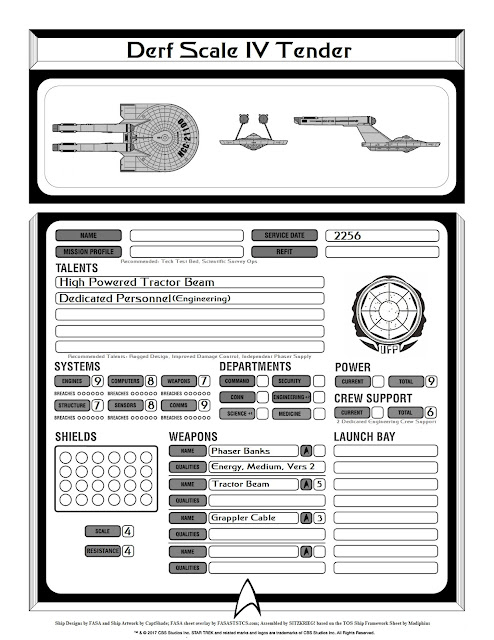 When searching for a more realistic style of art for use on the post's banner image, I found JAFisher44's 3D model pictured above (link here) for this little known class as well.  I decided to make another STA style sheet for the workhorse of Starfleet using his image as well.  The stats are the same on both so the choice on which to use for readers comes down to which style you prefer. 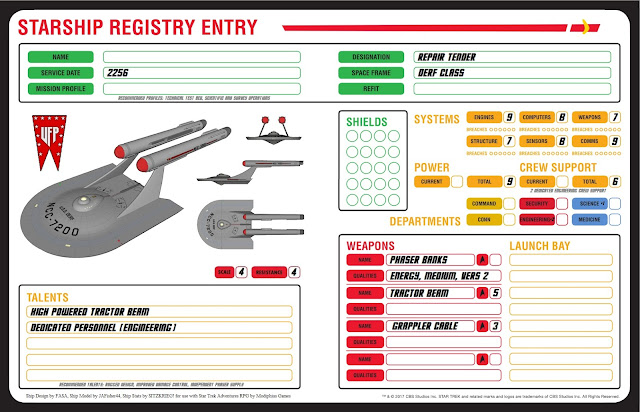