Anyone remember when this ship and its production were the most controversial and divisive topic in Trek fandom?  Ah, the good ol' days of 2016!  :)   It took me a while but I've finally gotten around to stating up the cool looking Ares class from the Prelude to Axanar fan film for both the new Star Trek Adventures RPG by Modiphius as well as the old FASA Starship Combat and RPG game.  There isn't a single complete repository of information about this fan created ship so I've looked around various wikis and the extensive series of Trekyards interviews in order to properly stat up the ship.  Special thanks to CaptShade who has allowed me to use his images on my blog as well as to Sean Tourangeau and Alec Peters for creating the Axanar ship design in the first place.  While I may disagree with how the Axanar team conducted themselves in the years after their initial crowdfunding, I can't deny that I enjoyed the initial fruits of their labor in Prelude.

For balance purposes, the Ares in the FASA rules has "only" six (!) photon torpedo launchers for the Mk I instead of the eight officially listed and I've reclassified it as a frigate built during the Four Year's War given the its role in the Axanar lore as a dedicated warship (instead of an assault cruiser which doesn't exist in Fasa).   Additionally, I've included some small counters for the class to use as needed on a hex board.  The more abstracted and less nitty gritty Star Trek Adventures rules for ship frameworks meant that I could pretty much stat it up without changing anything significant.  Just click on the images below in a new window for full sized versions of the sheets or click on the subsequent PDF links for that format.  As always, feel free to comment below and I hope you all enjoy this tough uncharacteristic warship of the Federation! 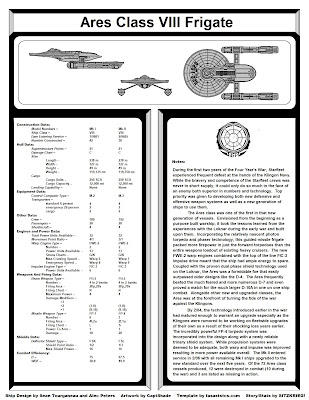 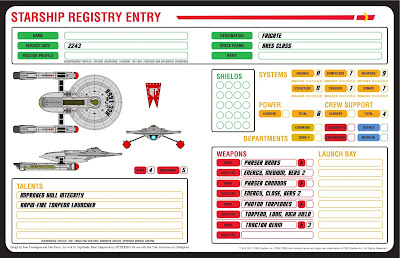 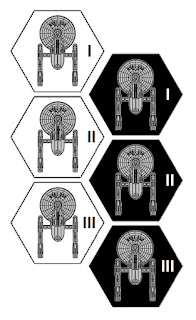